The Mahoning Drive-In is run by a passionate group of film lovers who have come together to make everyone who visits feel like a friend.  Here’s a little bit more about our “family”. 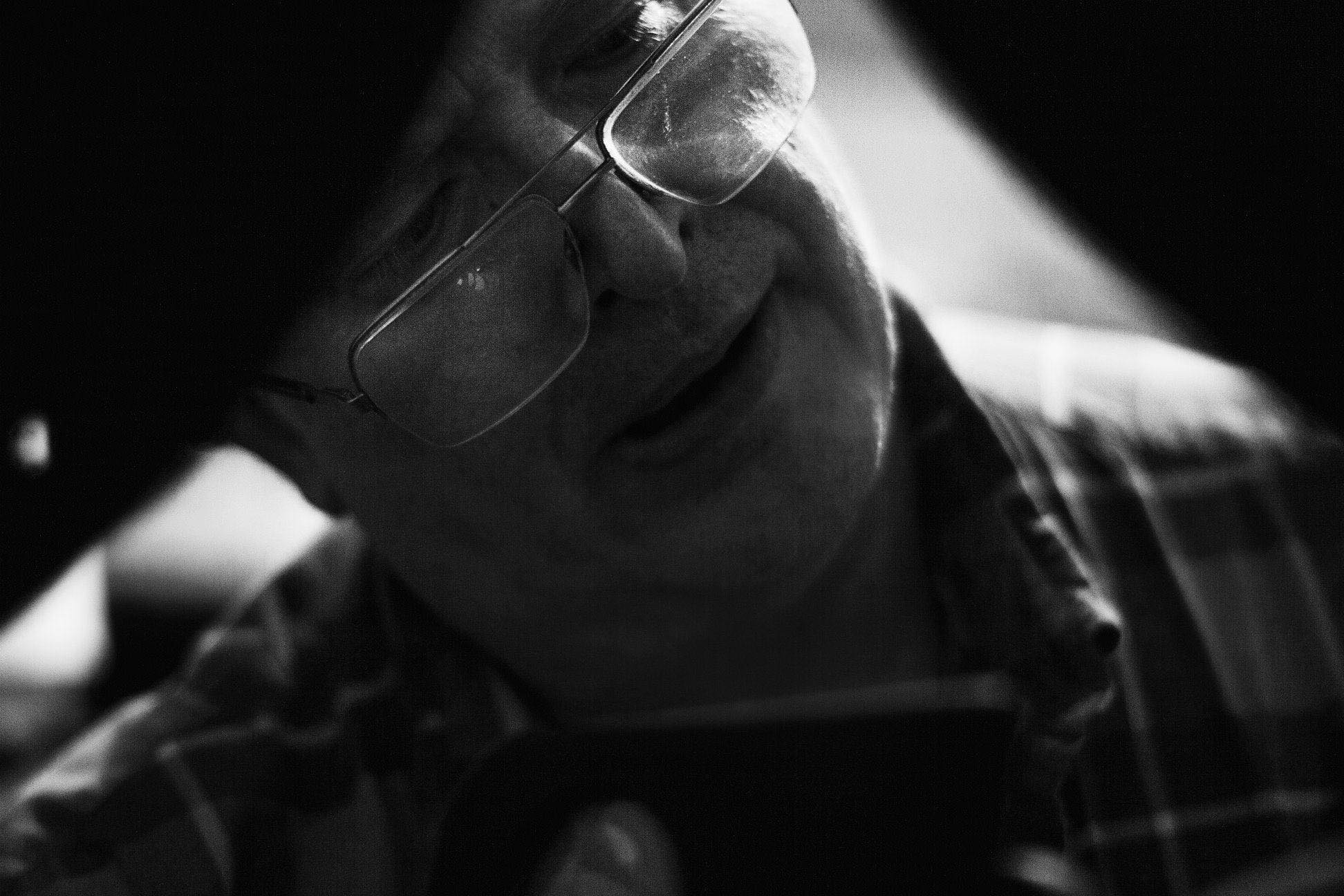 Jeff is the owner and head projectionist at The Mahoning.  Having learned the art of film projection in the Air Force, Jeff has worked in and managed theaters since Steve Guttenberg was a box office powerhouse.  Jeff spends his days working at a local radio station, and his nights, much like Batman, fighting for justice under cover of darkness, defeating every bad splice with his razor wit (and literal razor), making sure every change-over is as seamless as a gorilla suit (one of those really expensive, seamless ones). 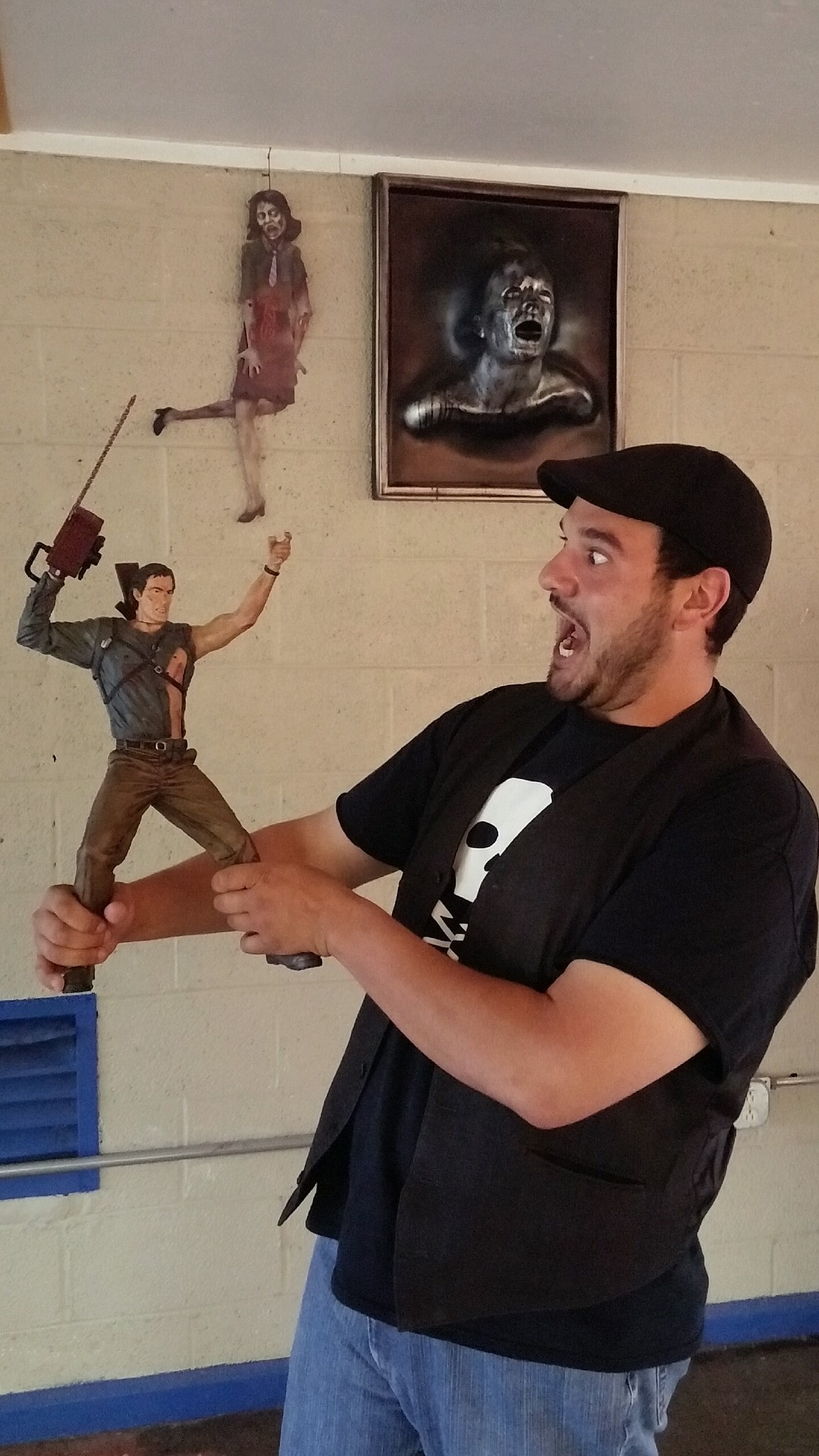 Virgil is partner and film booker/curator/publicity director at The Mahoning.  A lifetime of performing music and theater has led him to his destiny, making sure we secure good solid used rental tapes of SLIME CITY to run at VHS Fest and being dynamically charming while talking to customers and studios alike.  Always smiling, always friendly, you’ll know Virgil is on the lot by the sound of his distinctive laugh.  Virgil manages a national chain theater by day, serving up blockbusters to the masses, and spends his weekends at the Mahoning, catering to hardcore film fans and those who just love the experience of seeing old movies, on film, under the stars.  It is rumored that Virgil once toured with Jefferson Airplane in the 1960s and strongly advised them to skip Altamont (this has yet to be confirmed). 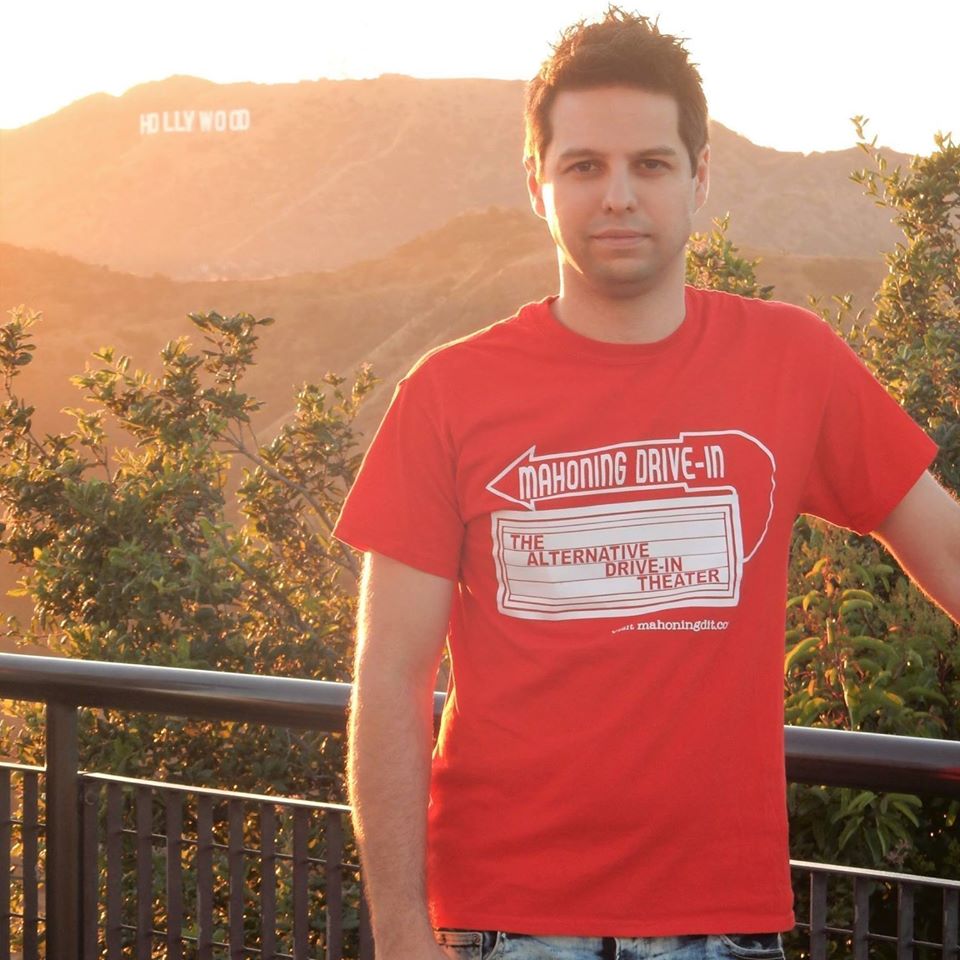 James, or “J.T.”, is the Production Manager at The Mahoning.  When you come to a Mahoning event and see the snack bar decorated inside and out, recreating scenes with props from the films being featured, that’s the single-handed work of J.T., who brings a passion for screen accuracy and immersive fan experiences. Often the images you’ll see shared online by guests feature J.T.’s handiwork.  A hospital worker by day, J.T. utilizes his free time to visit filming locations, attend conventions, occasionally see films (when wearing his glasses, not a Jason mask), and mastermind one amazing Mahoning display after another.  While he may look to be a spry 30-something, J.T. is an incredibly well-preserved 63 years old, his youthful visage the product of clean living and sleeping in pickle brine on Thursdays. 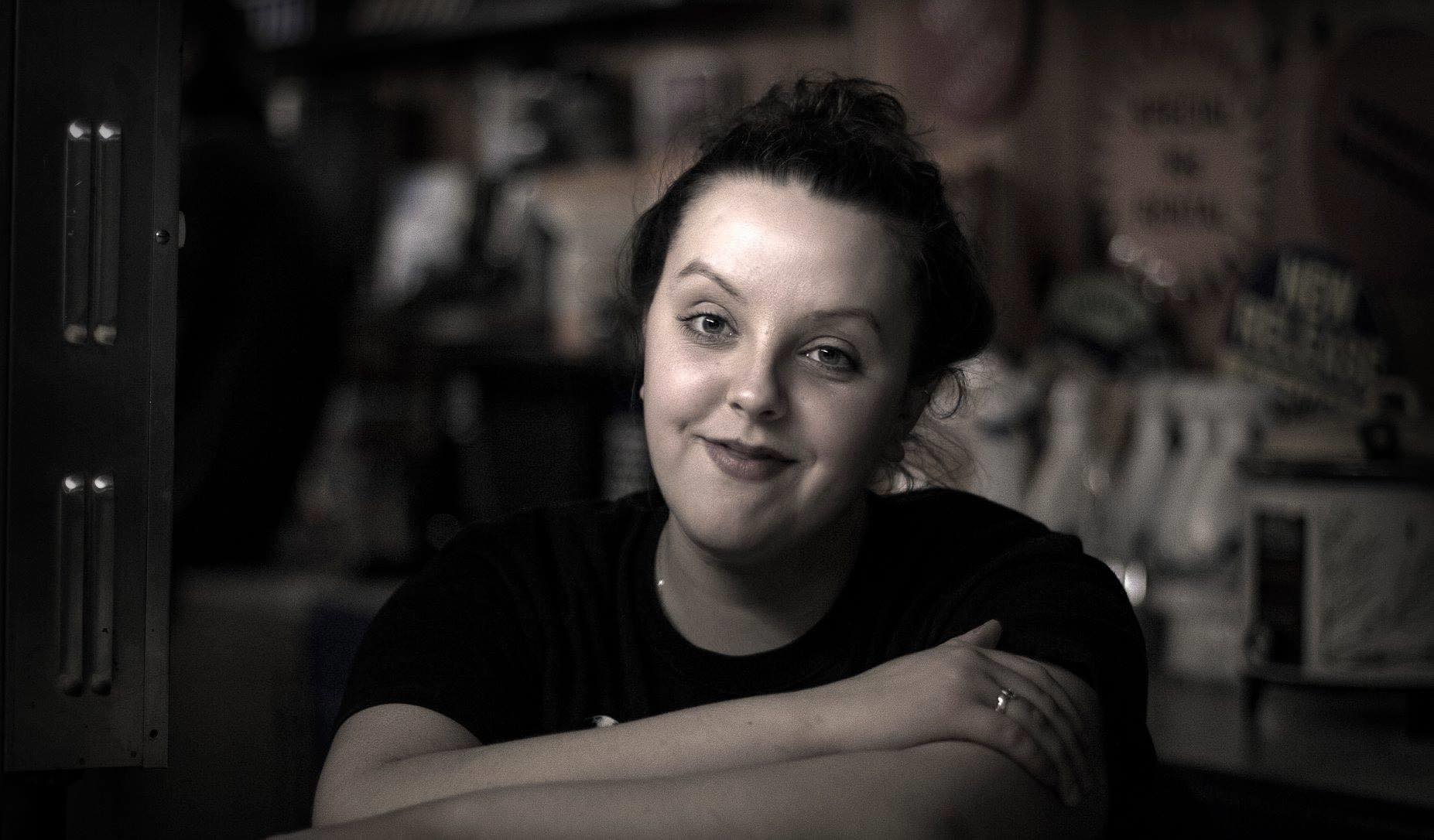 Jessica is Senior Manager at The Mahoning.  She is the longest-running member of the Mahoning staff (which is not to say that she frequently engages in interstate marathons), pre-dating our all-35mm, all-retro incarnation. She is a Jess-Of-All-Trades, utilizing a special set of skills (Ma)honed from her years with the organization, making sure our guests have a fun-filled and avalanche-free experience (no avalanches have occurred in Lehighton since 1921, and Jess aims to keep it that way…don’t look up that statistic, it’s been buried).  You never know which role Jessica will fill on the lot.  She may be in the snack bar, she may be at the merch tent, or she may be out there.  In the darkness.  Waiting. You can always count on Jessica to be a smiling, efficient, and Taylor Swift-humming shining light on the Mahoning lot.  Jessica works as a Behavior Specialist by day, and dons her mighty Mahoning shirt by night to spread the joy of perogies and corndogs, two great tastes that should probably not be included in a protein shake. 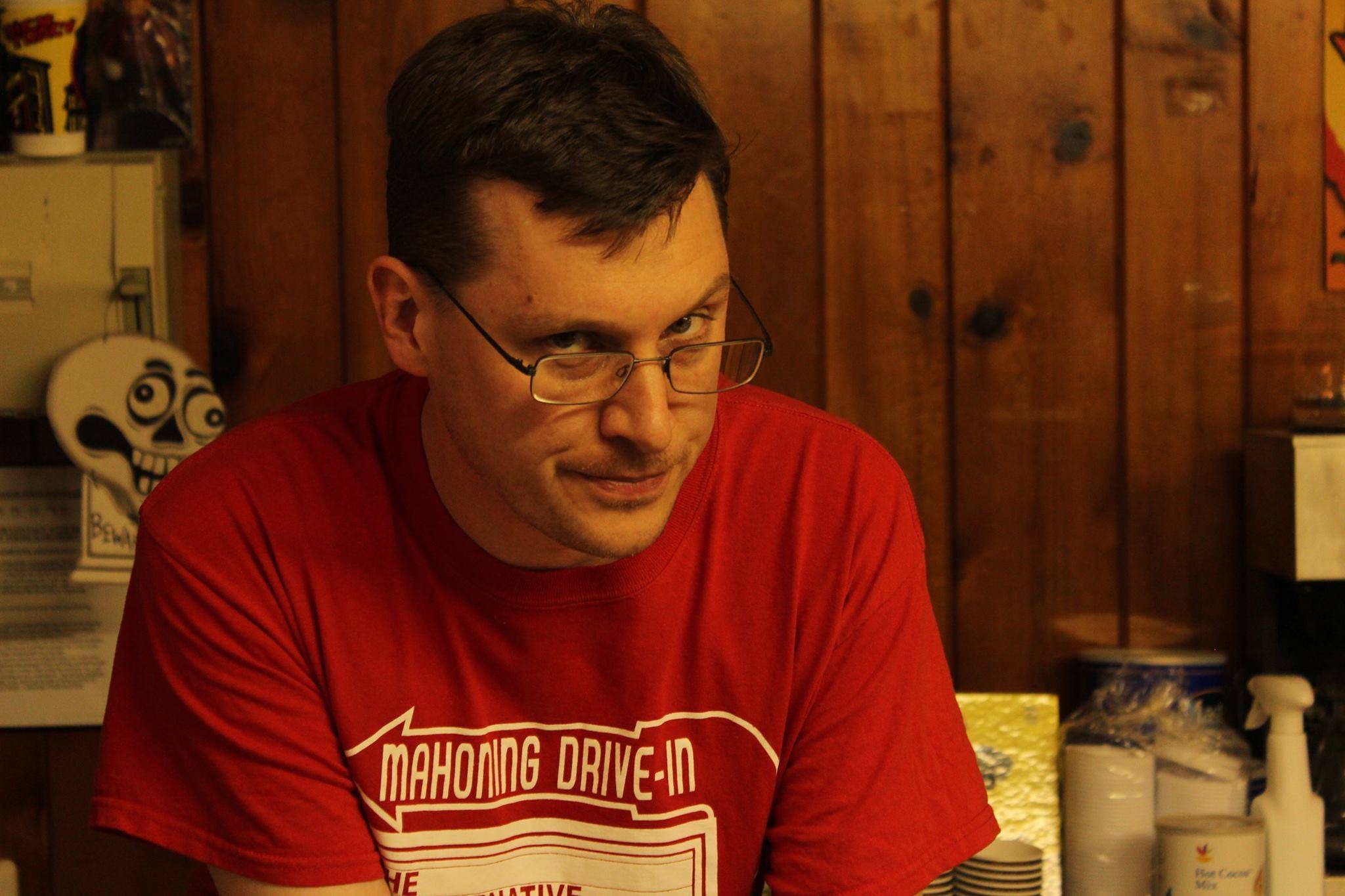 Mark is the General Manager at the Mahoning.  Mark has the distinction of travelling the farthest (from NY) each weekend to work at The Mahoning.  A graduate of the Needham-Reynolds School of Long-Haul Driving, Mark racks up the miles to enjoy meeting our guests and gobbling up as many big-screen retro films as possible (MGM in particular was not happy about their pristine print of OCTAMAN being partially eaten by Mark, replacement footage of THE ONE-ARMED EXECUTIONER inserted in its stead).  When not running the cash register in the snack bar or greasing the wheels behind the scenes, he hosts THE CINEMANIACS!, film review program, is a panelist on THE FILM BASEMENT podcast, and enjoys translating the collected works of Mickey Spillane into Esperanto. 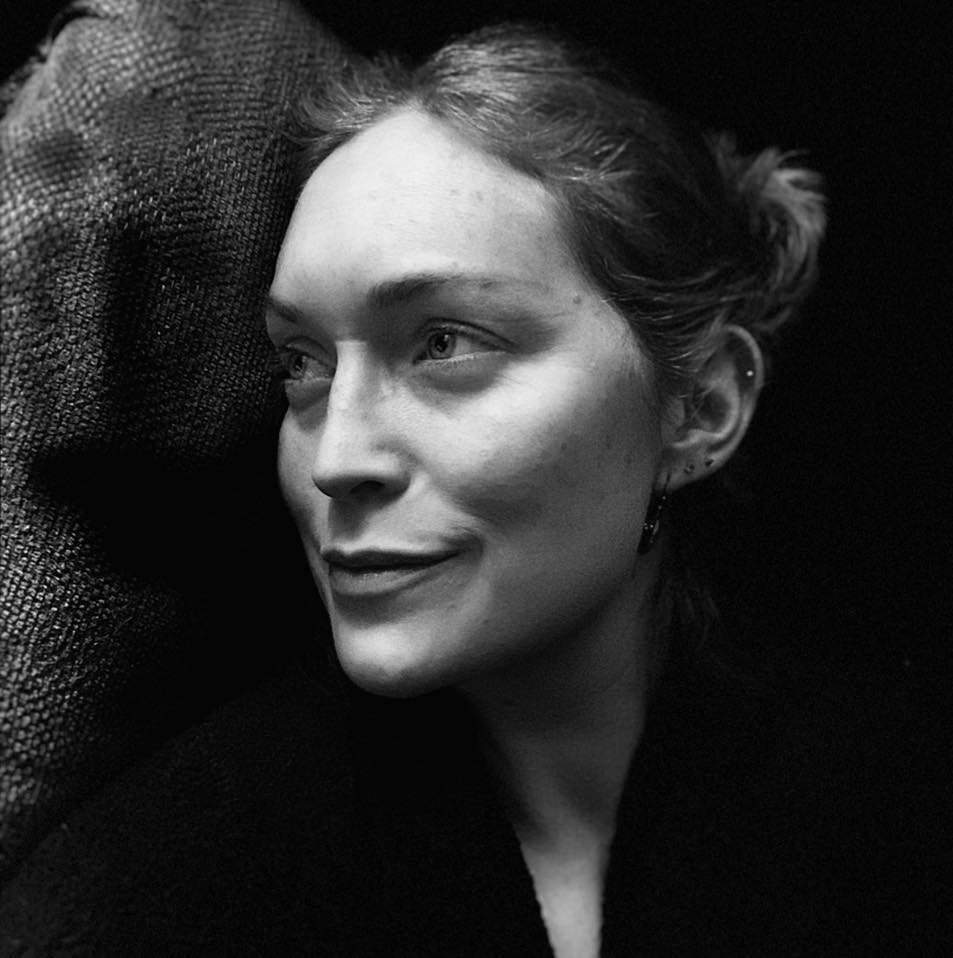 Nancy is Inventory Manager at The Mahoning, and co-author with Virgil of the surprise ending of AT THE DRIVE-IN (available streaming and on DVD).  Nancy has been a part of The Mahoning since Virgil first became involved with the theater, and has spent many a night slinging corndogs, ringing up customers, and chasing down errant bears along the edge of the property (when Nancy gives a bear what for, it STAYS what for’d).  Nancy loves music, family, and a good Delaware Double-Knot Doodlebug (unclear as we go to press, this may be a drink, may be a dessert, possibly an insect, or a combination of all three).  Nancy works days as technician of the tidying arts, and spends many a summer evening at the Mahoning greeting all with a smile and a friendly and accurate dispensation of change.  Never one to rest on her laurels, Nancy has thrice attempted a world record for potato chip stacking in a stiff breeze, but has yet to achieve her goal of being all-region champion for the greater southern north-eastern central Pennsylvania area. 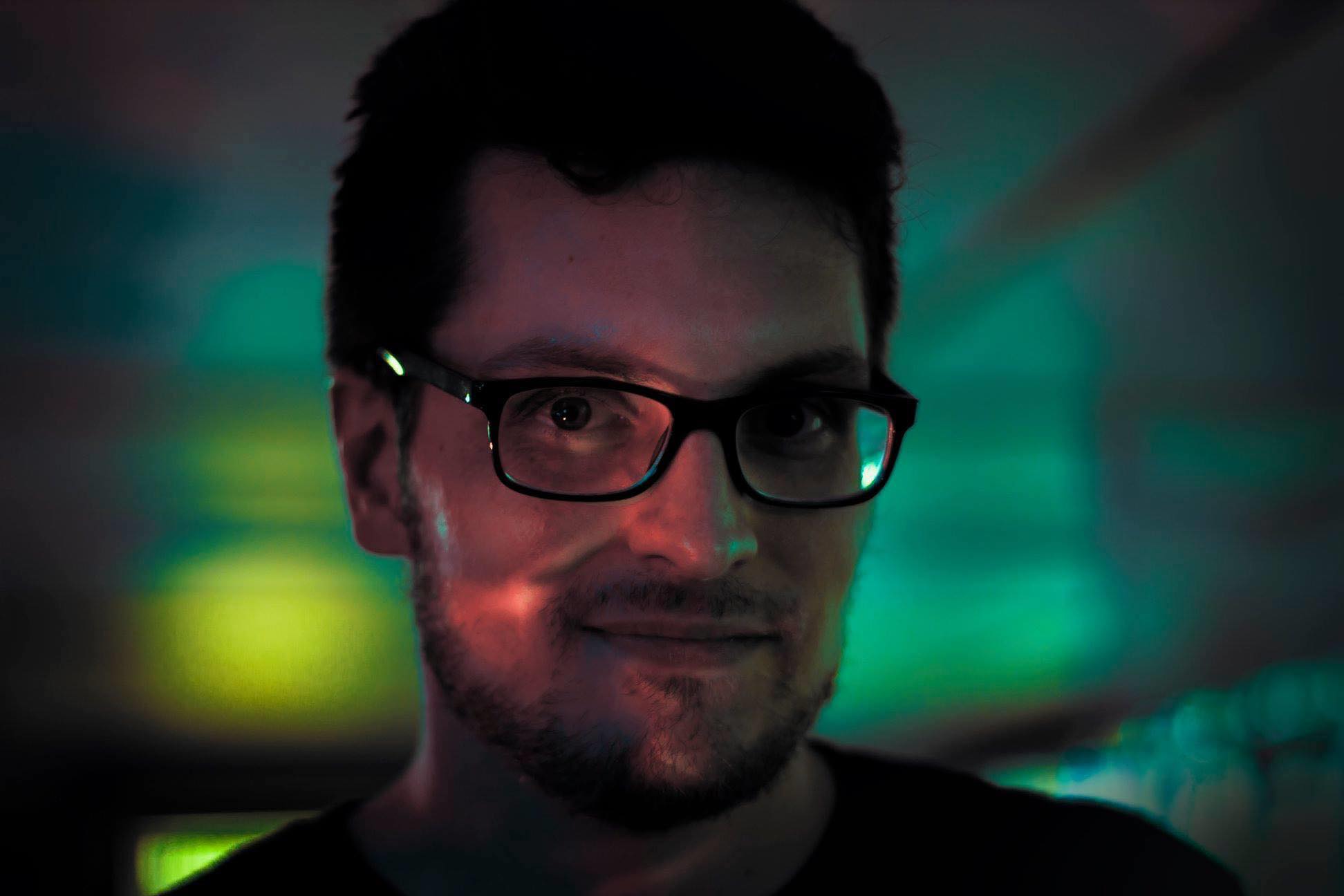 Robert is Assistant Projectionist and soda czar at The Mahoning.  As seen in the award-winning documentary AT THE DRIVE-IN, Robert started one season as a devoted customer, and wound up part of the team through proven diligence, attention to detail, and standing This Close (all distances approximate) to Sam Neill once.  By day Robert works in the background screening industry, where his powerful command of the English language and laser-focused concentration keep him in demand by those who require a near Powers Boothe level of integrity.  By night, Robert keeps the reels spinning and splices sticking in the projection booth, assisting Jeff with expert and seamless changeovers, while also maintaining a key behind-the-scenes role on the Mahoning snack bar team, bringing an exotic and energizing array of carbonated beverages from far and wide to the Mahoning coolers. 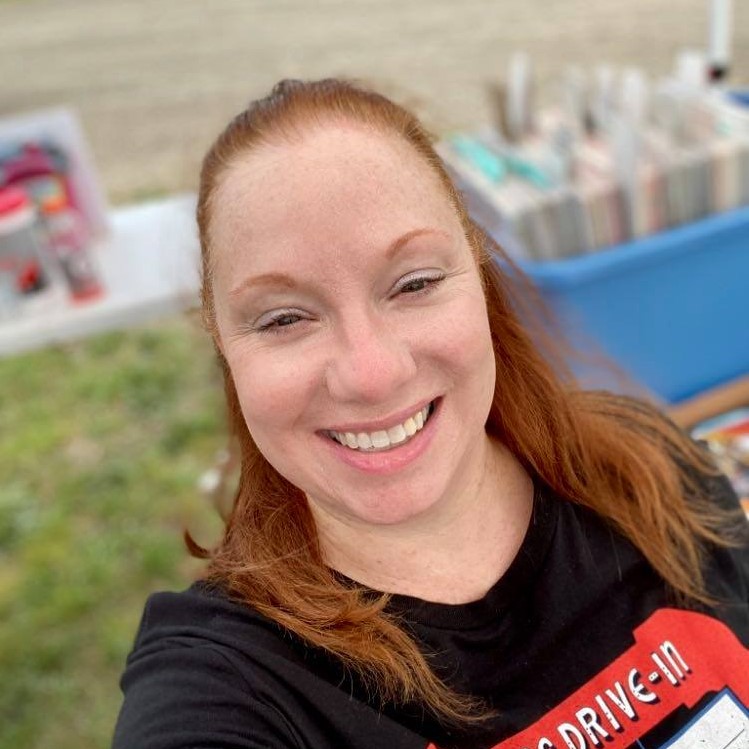 Sandy is Merchandising Manager at the Mahoning, perhaps the most alliterative position on the team.  You’ll see her most nights at the Mighty Mahoning Merch tent, greeting patrons with a smile and a dazzling array of fabulous wares and raffle items, be it a sunny summer evening or late fall deluge of hot hail. Off the lot, Sandy is a college professor, guiding her students heroically through the highs and lows of cape-based literature. When not not writing for ENTERTAINMENT WEEKLY, she can be found forcibly shellacking vintage phone books for purposes only known to the citizens of Dry Prong, Louisiana, and they ain’t tellin’. Sandy hopes to one day bring Keanu Reeves to the Drive-In to recite Shakespeare in Pig Latin. 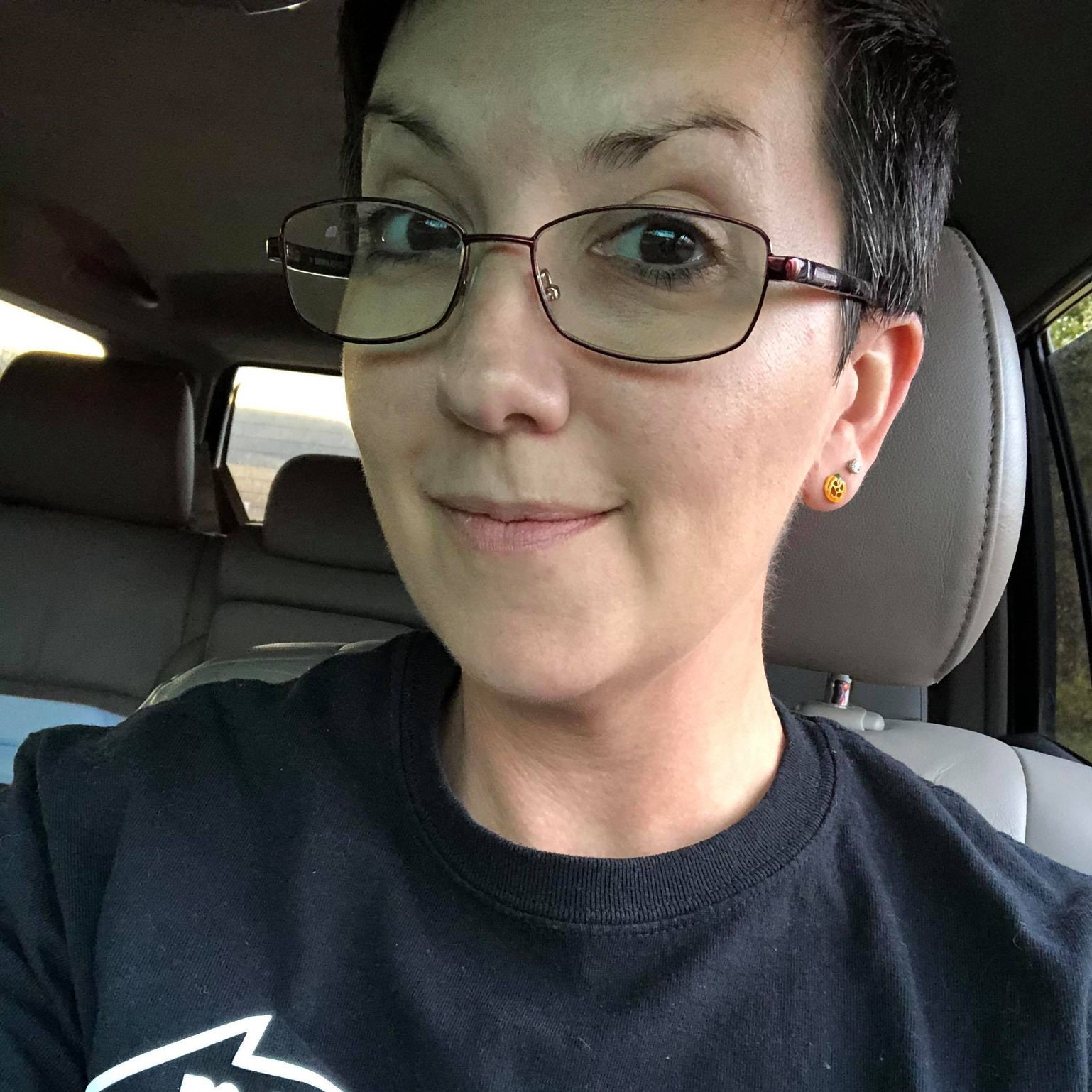 Beth is the Concession Manager at the Mahoning.  On any given weekend, Beth can be found behind the snack bar counter at the Mahoning, grilling up tasty treats and keeping the food line humming like a kazoo orchestra.  A longtime Mahoning patron, Beth has risen to managerial status though years of perseverance and dedication to the preservation of Das Goodies Machine.  In her free time, Beth enjoys the works of Vincent Price and, while listening to his recordings of “Great Furnace Manuals Of The 1920s”, has risen to the much-coveted rank of 32nd place in the internet’s premiere fantasy foosball league. When speaking of the film HUD, it should always be in conjunction with Beth.  Not because Beth had anything to do with the writing, production, or scholarly response to HUD (in fact she has never seen the film), but because “HUD” and “Beth” just sound good together, don’t they?  Beth has never driven a jitney. 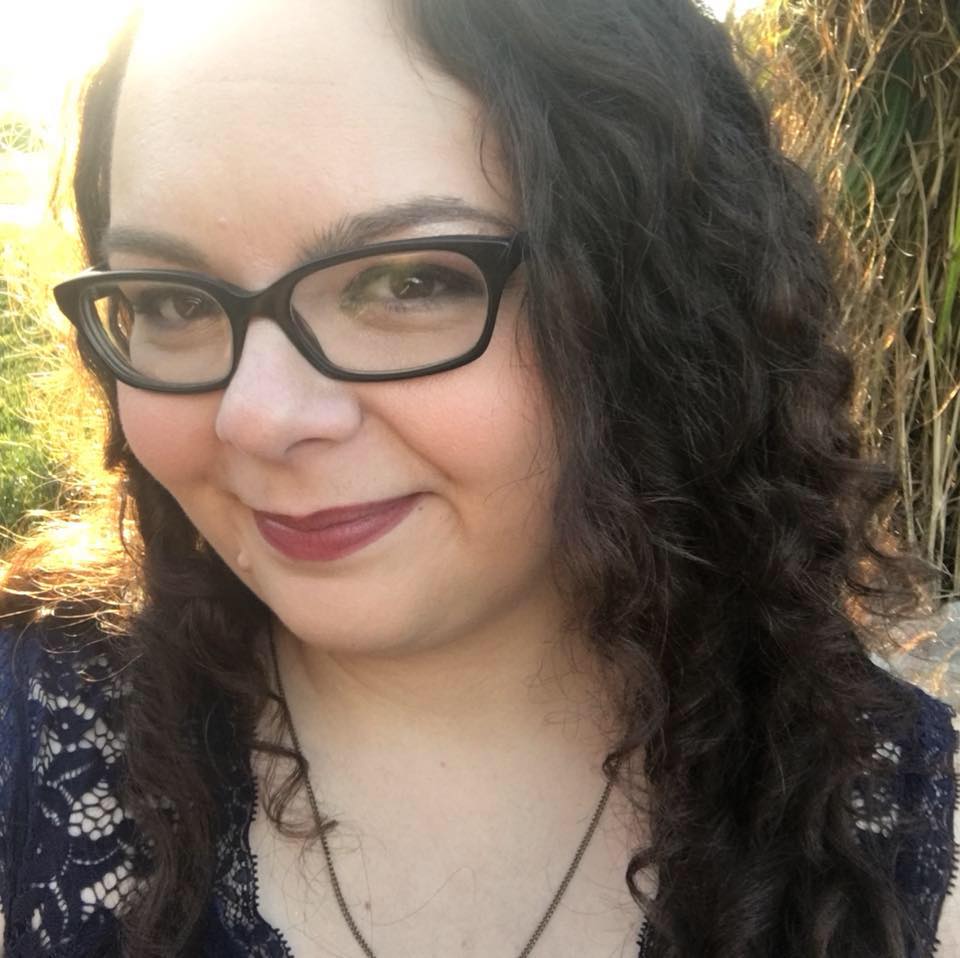 Favorite Film:
10 THINGS I HATE
ABOUT YOU

Liz is the Webmaster for the Mahoning. Liz keeps the site up to date and provides graphics across all of our online platforms, providing pixelly pizazz for patrons’ peepers.  Liz trained at the Marshall Arts Shaolin Temple, run by Mrs. and Mrs. Arts in Shaolin, New Hampshire.  There she learned the fine art of voice-based web coding, wherein the power of her voice at full volume would bend billions of binary bits to the force of her will, and with skilled diction, a little horse would run across the screen.  Now she builds dynamic websites under a strict self-imposed vow to only use her vocal mastery to thwart mudslides.  As Liz works behind the scenes, in an undisclosed location, for the Mahoning, you may not recognize her if she appears on the lot.  But if you hear a powerful and light-speed recitation of numbers and then see a little horse run across the screen… 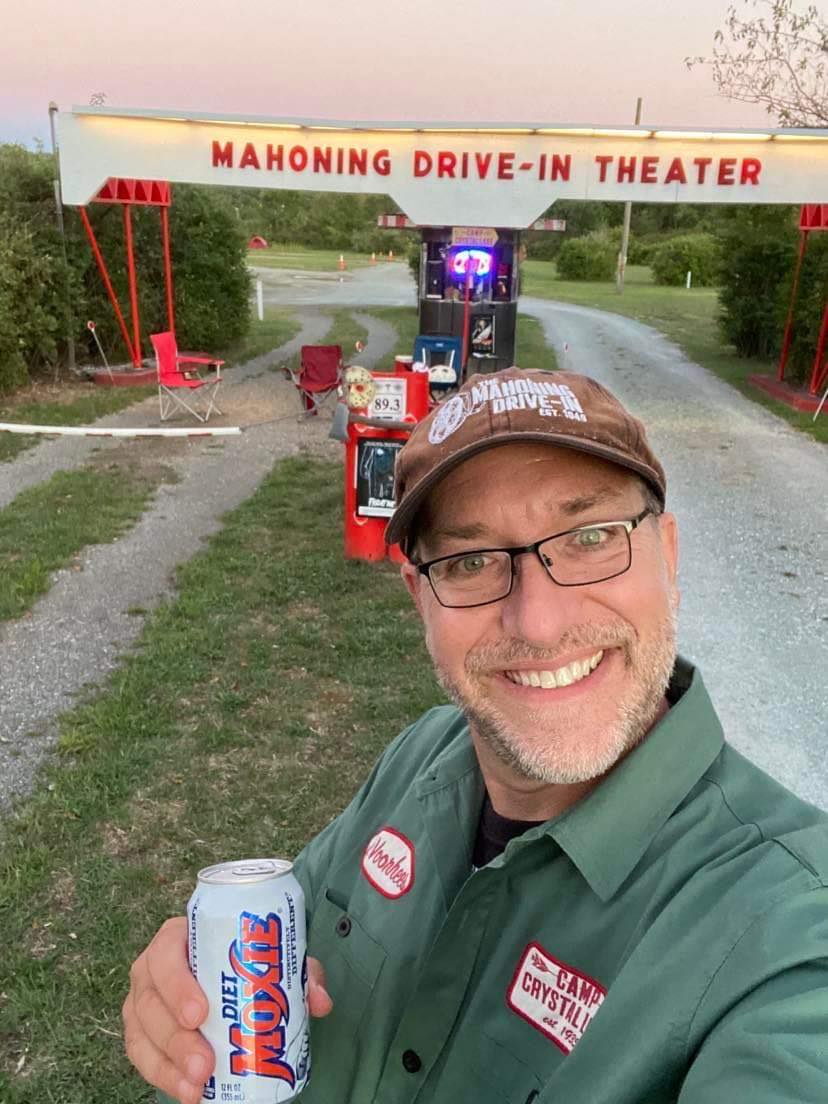 Dave does ALLLLLL the THINGS as our Lot Manager! More Info Coming Soon...