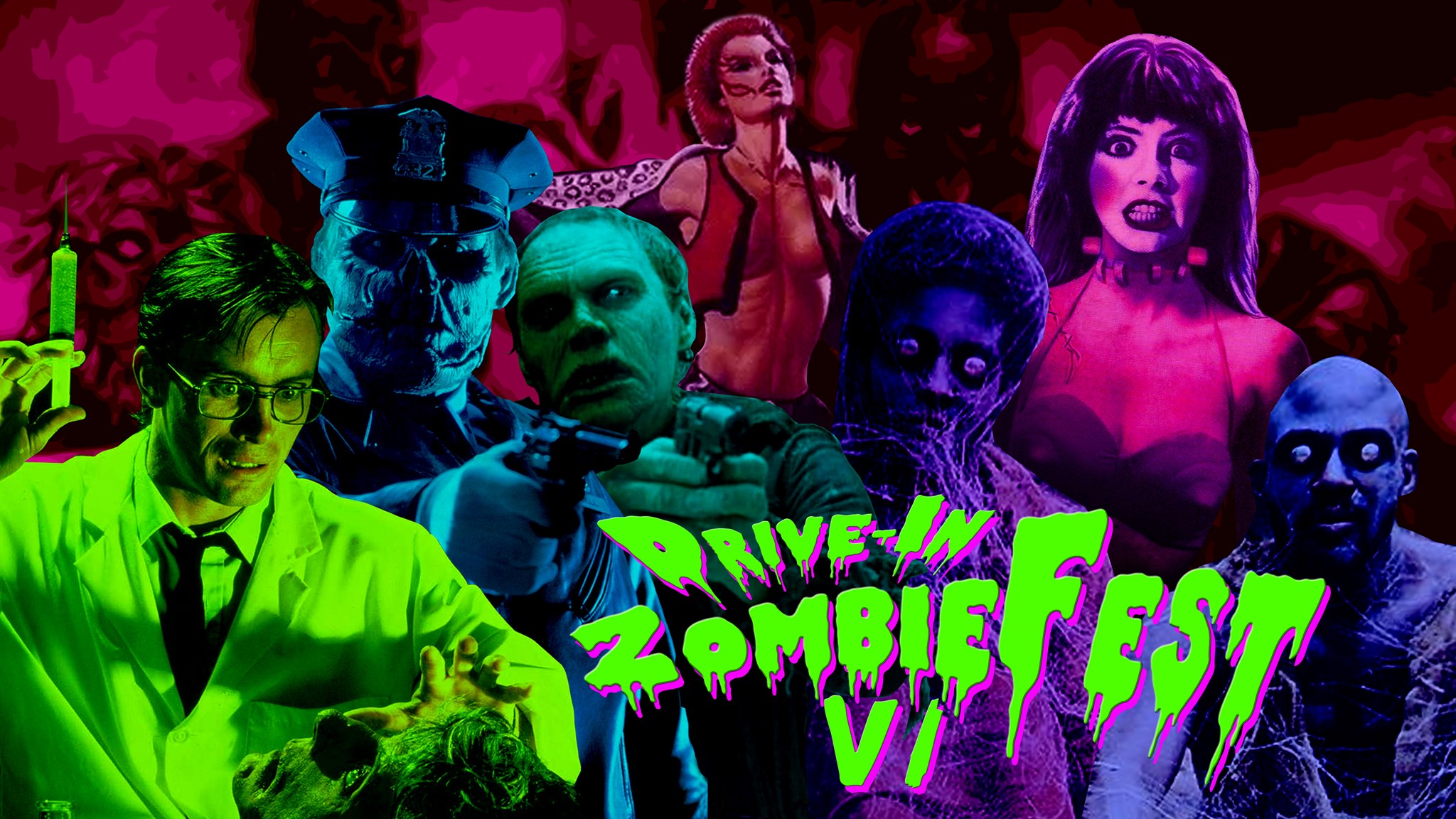 ZOMBIEFEST VI:It's time for the dead to return to the magnificent Mahoning Drive-In Theater for ZOMBIEFEST VI!  Once again, Exhumed Films brings nine 35mm walking dead favorites to the giant outdoor screen over three nights!  This is one of the biggest events of the season, so be sure to get your tickets early!

FRANKENHOOKER (1990) - The greatest exploding hooker movie ever made!  Writer/Director Frank (BASKET CASE) Henenlotters brilliant variation of the Frankenstein story follows a young mans attempts to bring his girlfriend back to life   using the body parts of dead prostitutes  after a tragic lawnmower accident.  A screamingly funny cult gem that demands to be seen!

SUGAR HILL (1974) - In this lively AIP blaxploitation-horror genre crossover, Marki Bey stars as a woman who resorts to voodoo  and sells her soul to the Lord of the Dead in order to exact revenge on the gangsters who murdered her boyfriend.

DAY OF THE DEAD (7/19/85) - Cooped up in a military base in an abandoned mine, scientists desperately search for a cure to the outbreak of walking death that has plagued the world. George A. Romero's claustrophobic finale to his classic original undead trilogy is another masterpiece of living dead terror!

RETURN OF THE LIVING DEAD (8/16/85) - The events depicted in NIGHT OF THE LIVING DEAD were real, and the folks at Uneeda Medical Supply can prove it.  Of course they may inadvertently turn you into a brain-eating creature of the undead, and you'll go chasing your friends around the local mortuary, but at least somewhere in what's left of your mind you'll know zombies exist.  Dan O' Bannon's ghoulishly awesome punk zombie romp returns with all the music by THE CRAMPS, TSOL and THE DAMNED you crave, kiddies.

MANIAC COP (1988)- An amazing cast led by Tom Atkins and Bruce Campbell star in this story by Larry (THE STUFF, ITS ALIVE) Cohen of a maniacal killer posing as an officer of the law out slaughtering unsuspecting citizens.

MANIAC COP 2 (1990)- You have the right to remain silent forever!  Robert ZDar is back as the titular undead killer cop... this time hes teaming up with a Times Square psycho to track down his killers and make them pay... with their lives!  Robert Davi, Bruce Campbell, Laurene Landon and Charles Napier co-star.  Written and produced by Larry Cohen.

MANIAC COP 3 (1993) - Hes back!  In the final film of the trilogy, Matt Cordell, the Maniac Cop, is hunting down the individuals responsible for smearing an honest cops good name.  Written by Larry (Q, GOD TOLD ME TO) Cohen.  Co-starring Robert Davi and Jackie Earle Haley.

William Lustig, director of the MANIAC COP series and president of Blue Underground, will be signing autographs and meeting fans in the snack bar during the first two films! 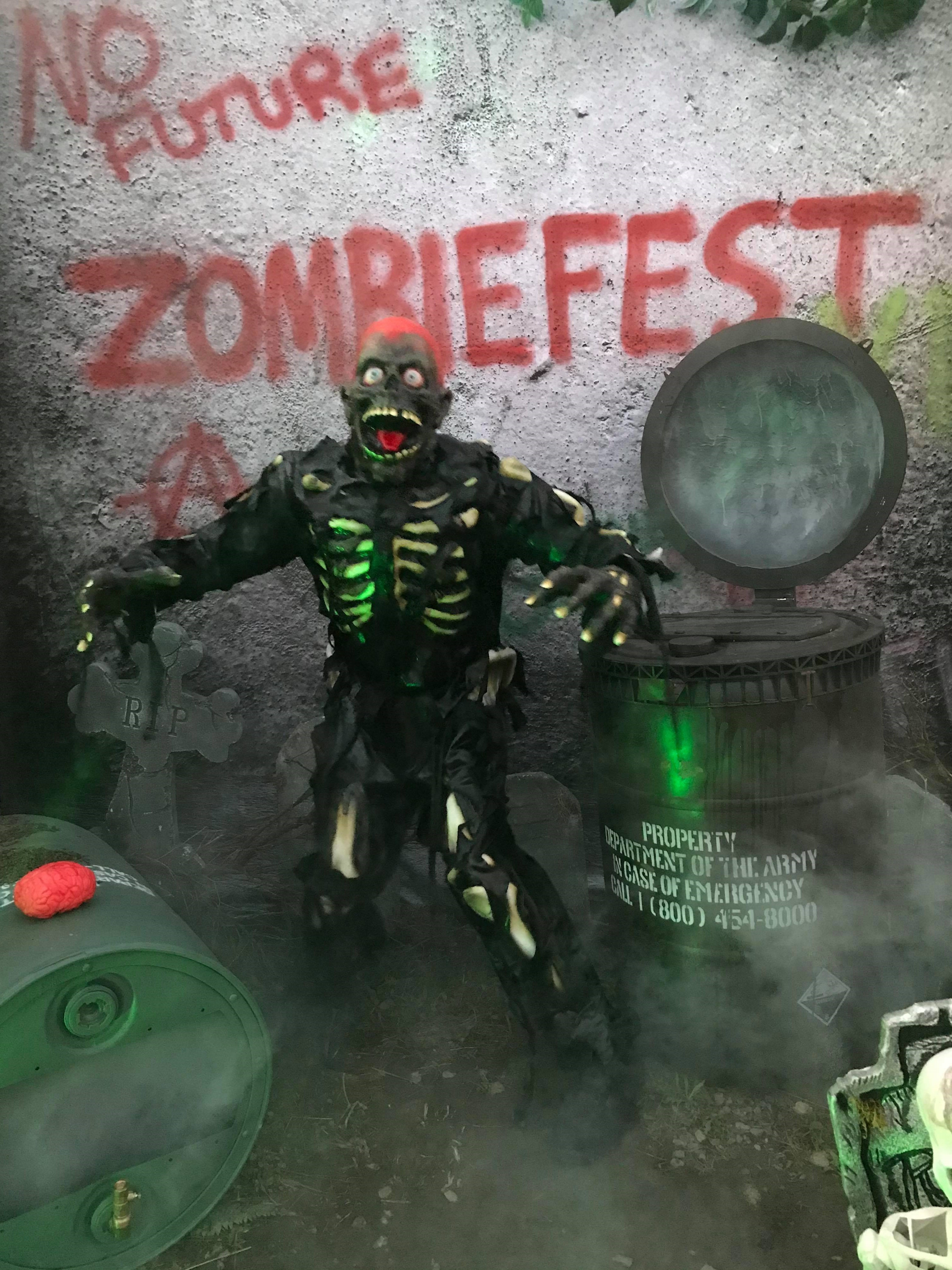 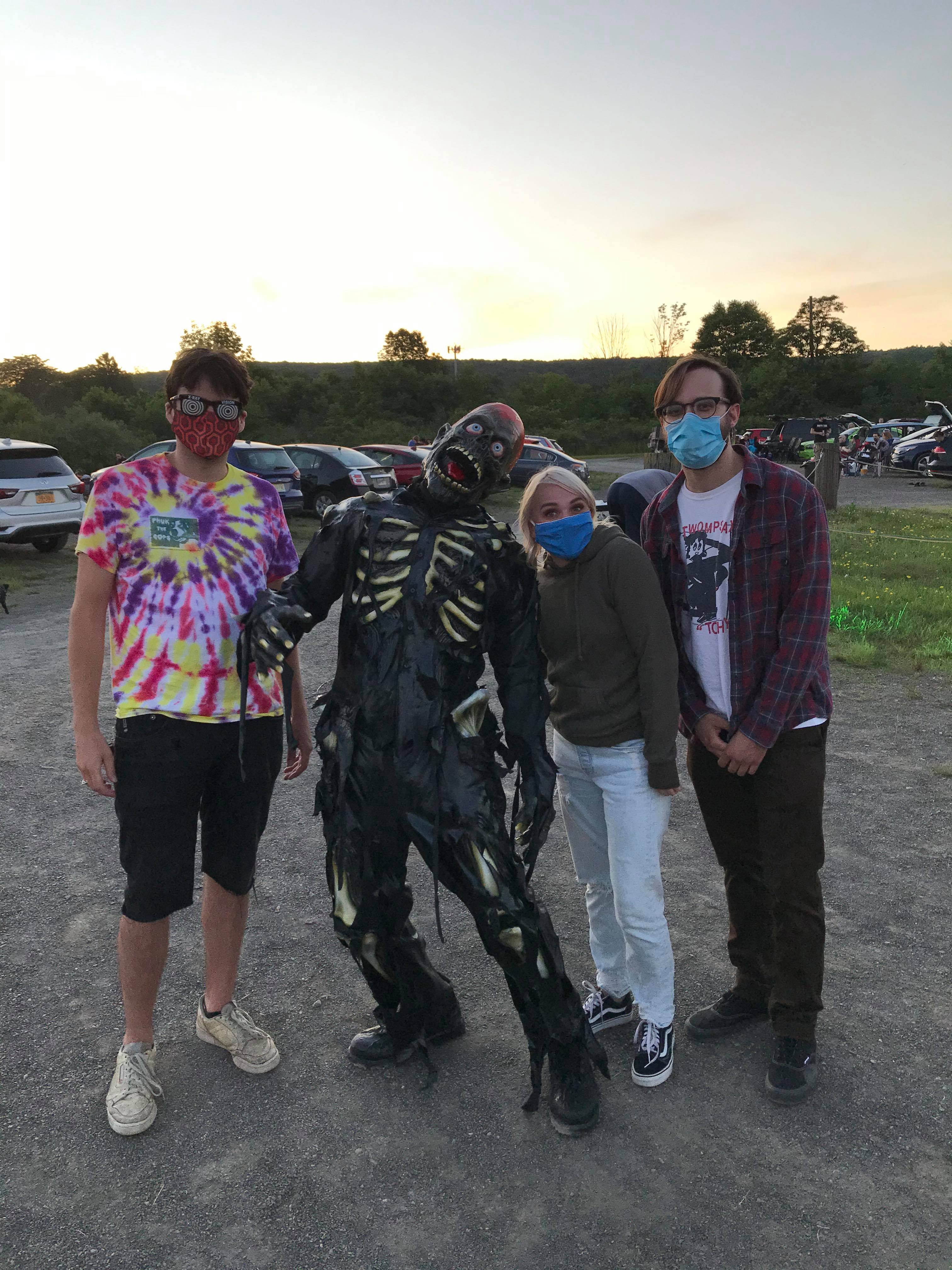 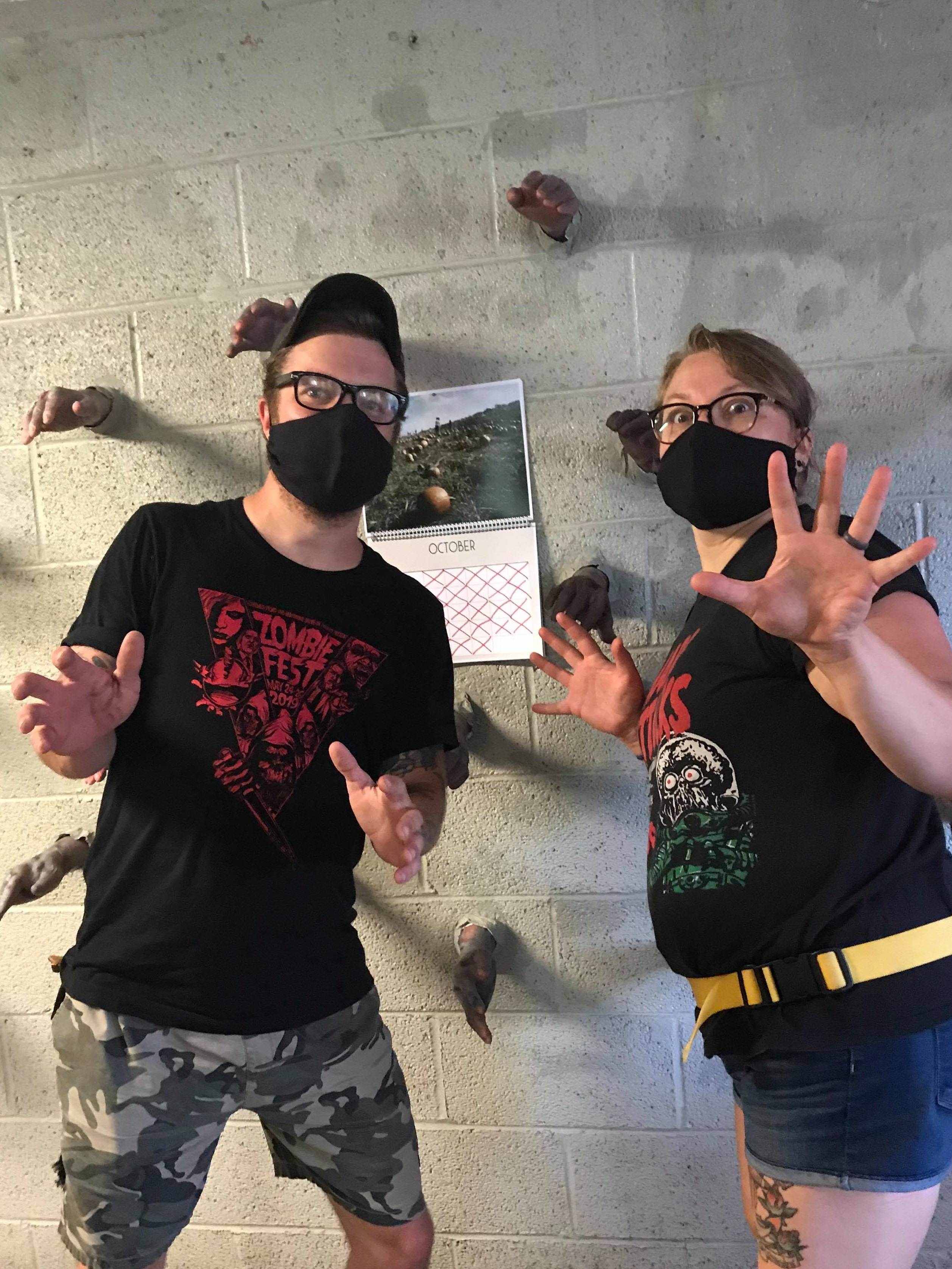 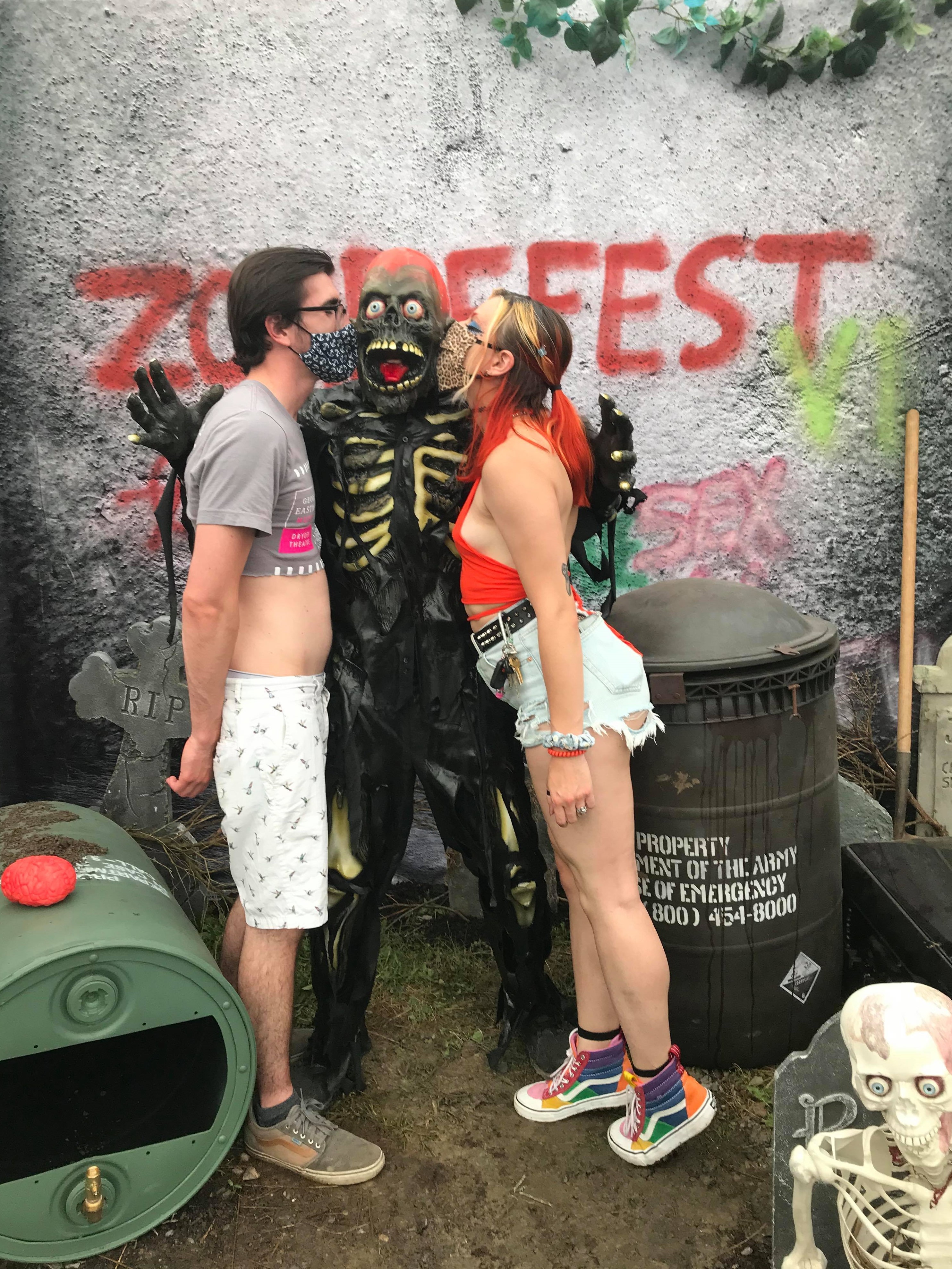 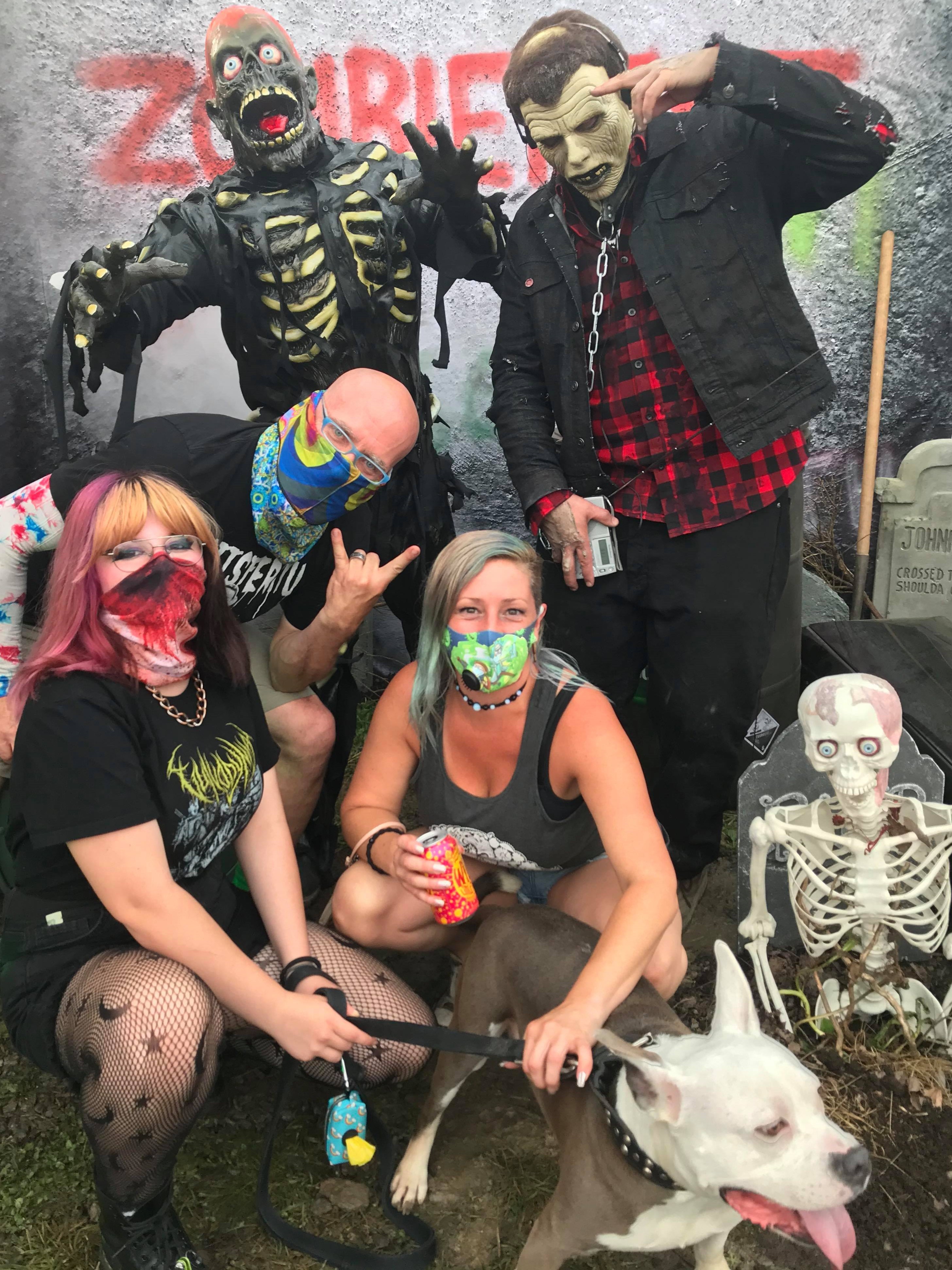 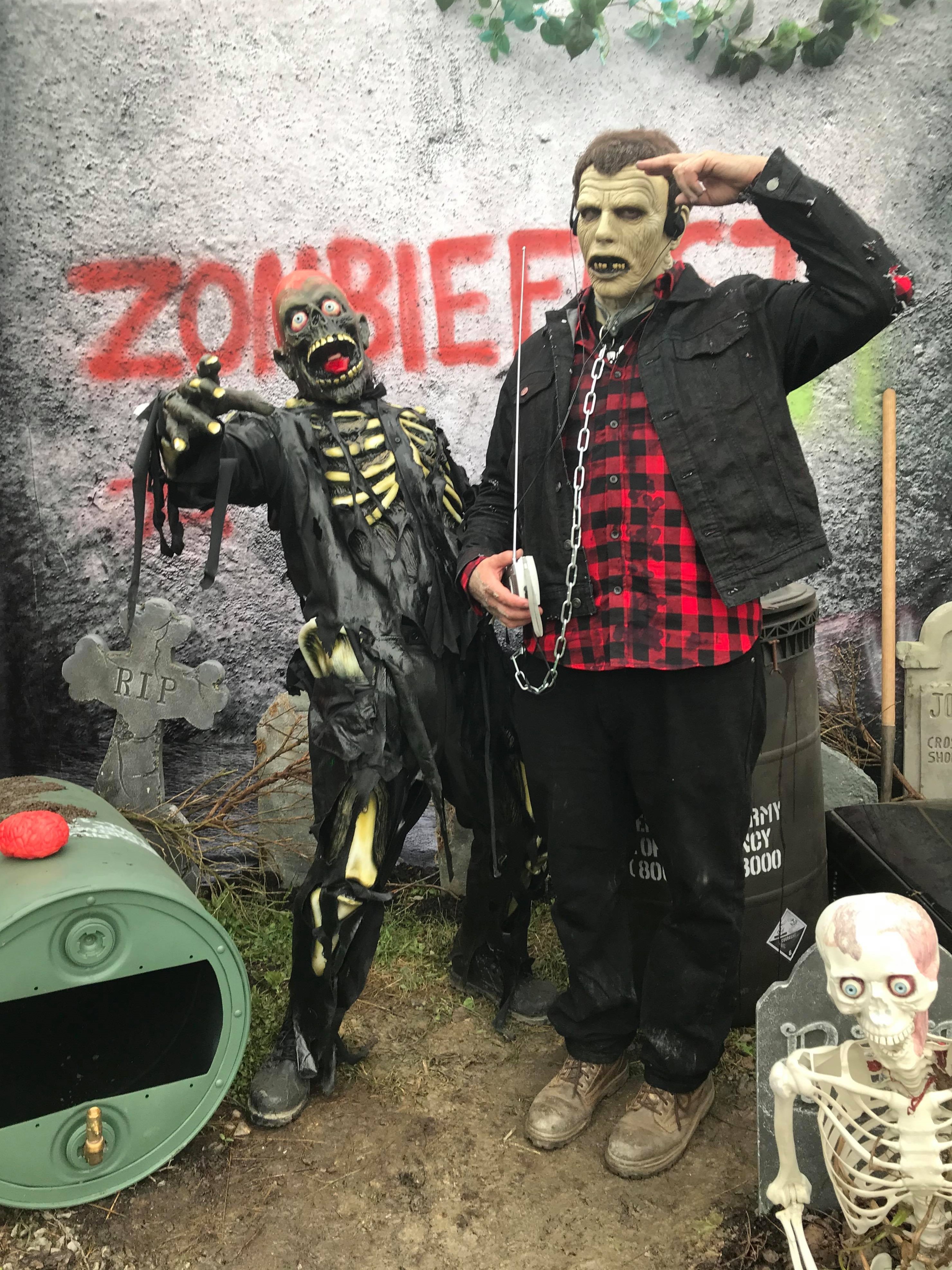 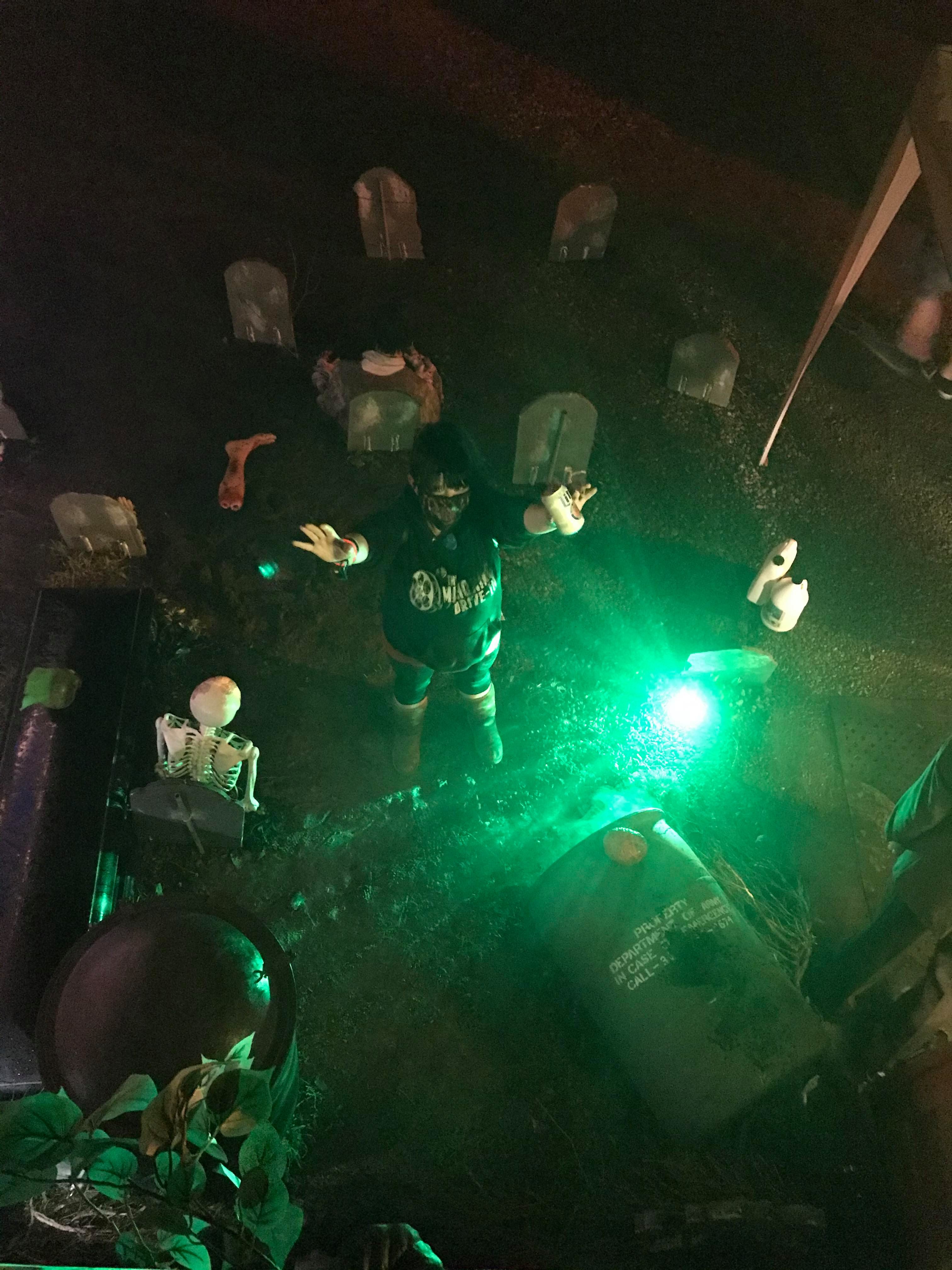 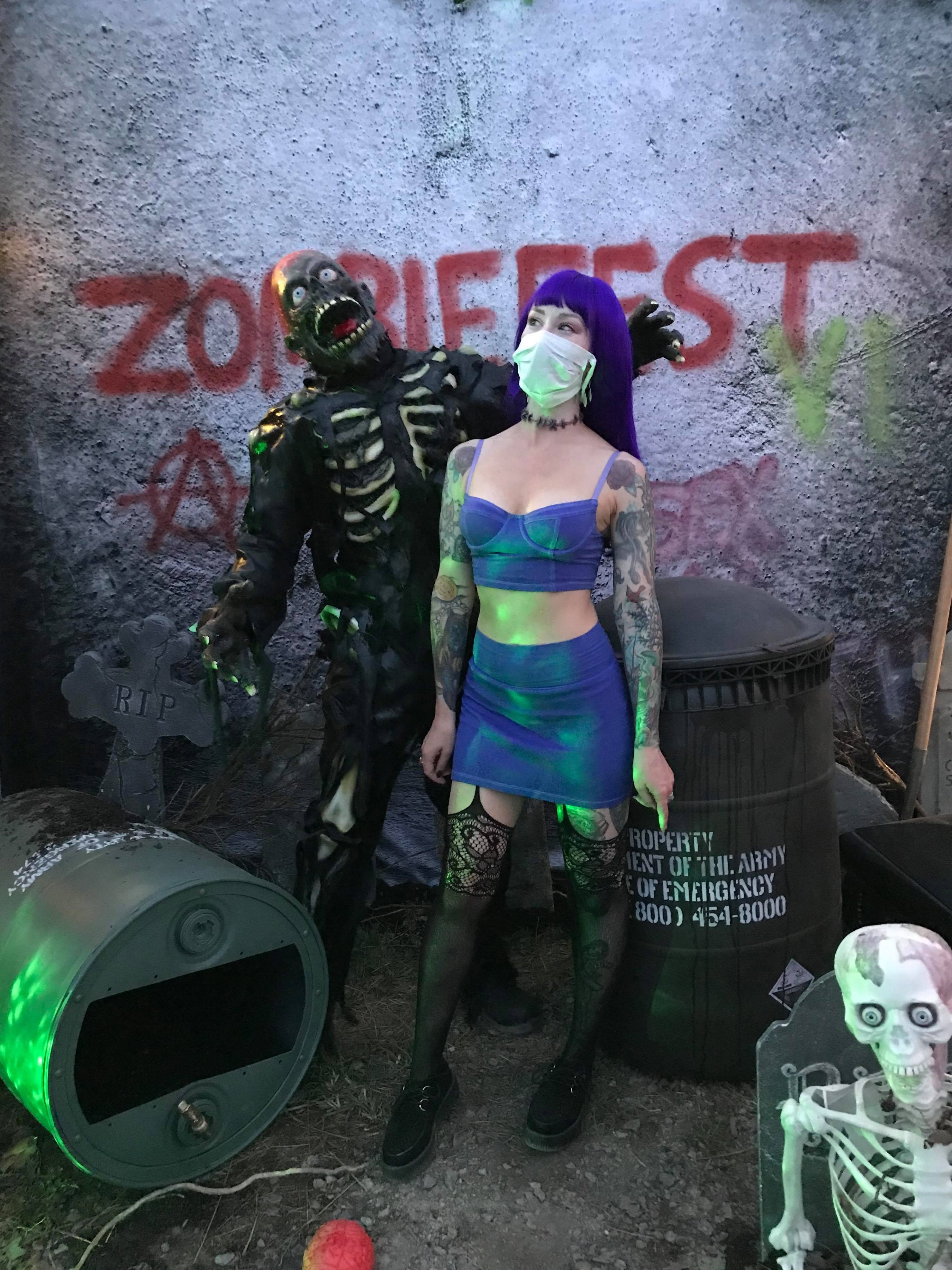 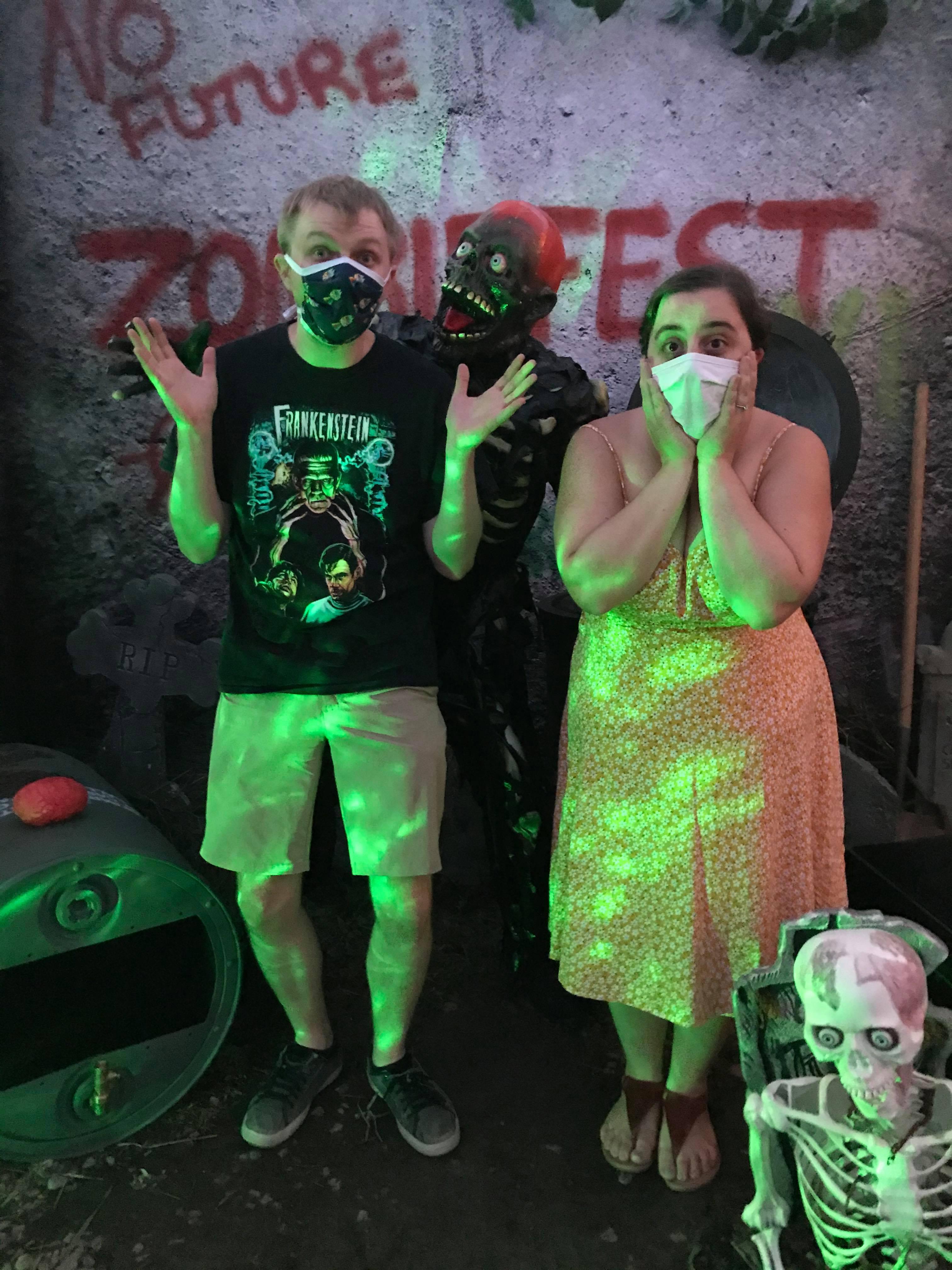 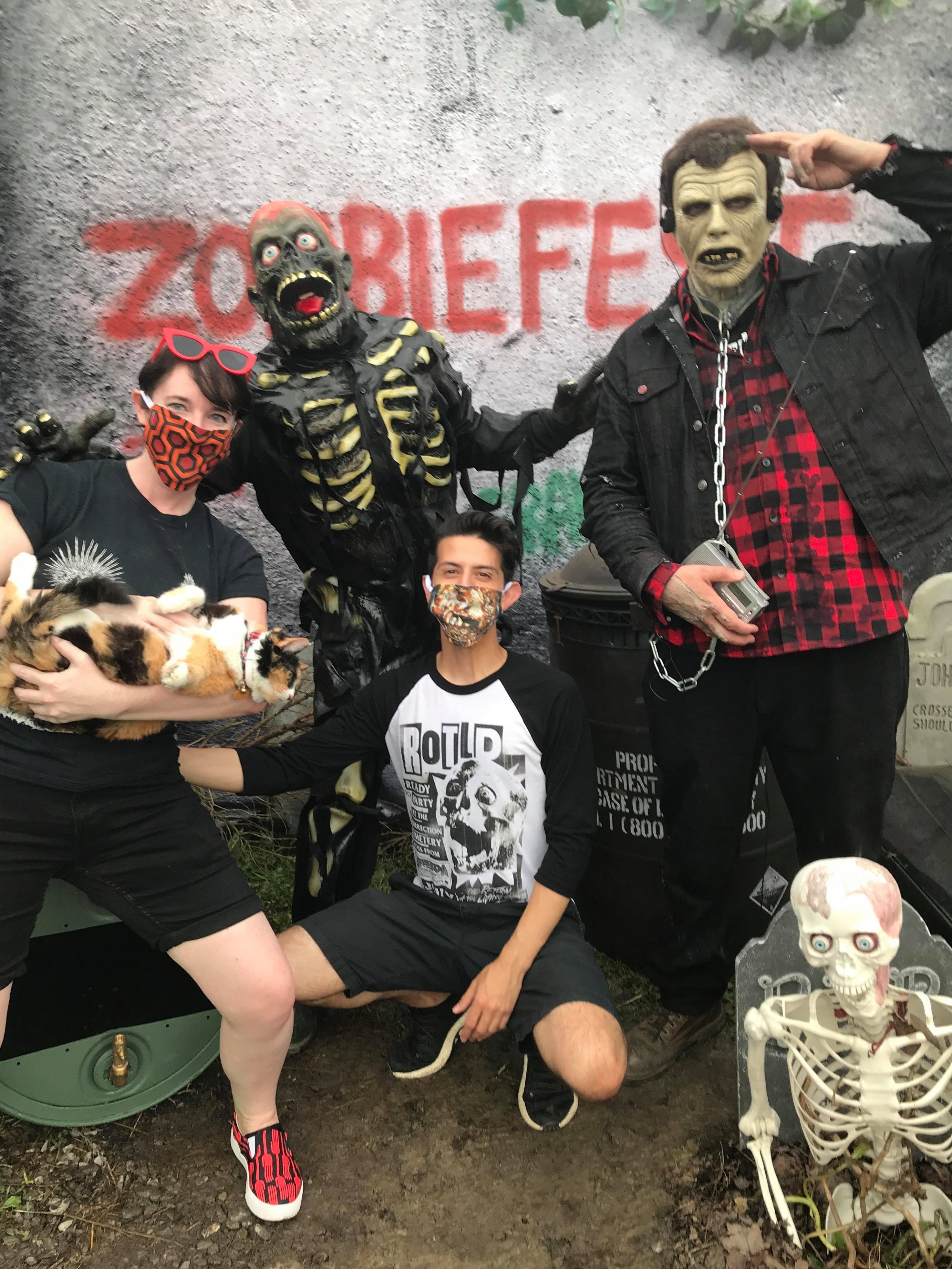